The Great Salt Lake… We bet that you have heard of it. Today, we know this place as one of the main symbols of Utah and one of the most extraordinary natural features in North America. It’s also the biggest natural lake west of the Mississippi River.

But what do you really know about it? 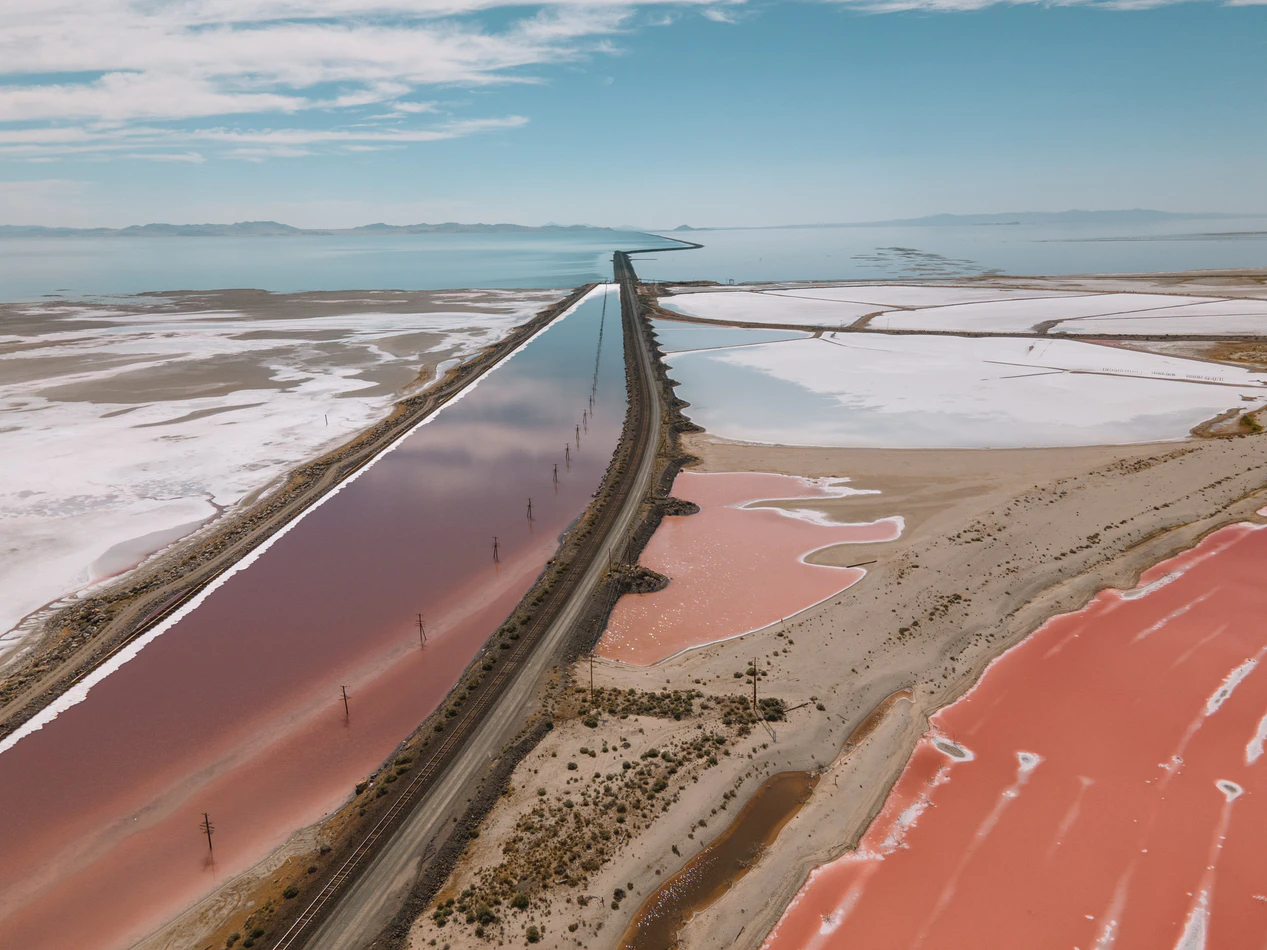 Before we tell you more about the most exciting Great Salt Lake directions, let’s take a short excursion into the history of this place.

The Great Salt Lake is what remained of an enormous prehistoric Lake Bonneville. It existed in the Pleistocene Epoch and was so massive that it covered almost the entire territory that we now know as the state of Utah.

The Great Salt Lake was formed about 16,800 years ago when a large part of Lake Bonneville was released through the Red Rock Pass in Idaho, and the rest of the lake began to dry due to the warming climate. Eventually, the large lake called Bonneville divided into several smaller lakes, which we now know as the Utah Lake, Sevier Lake, Rush Lake, and the Great Salt Lake - its largest remnant. 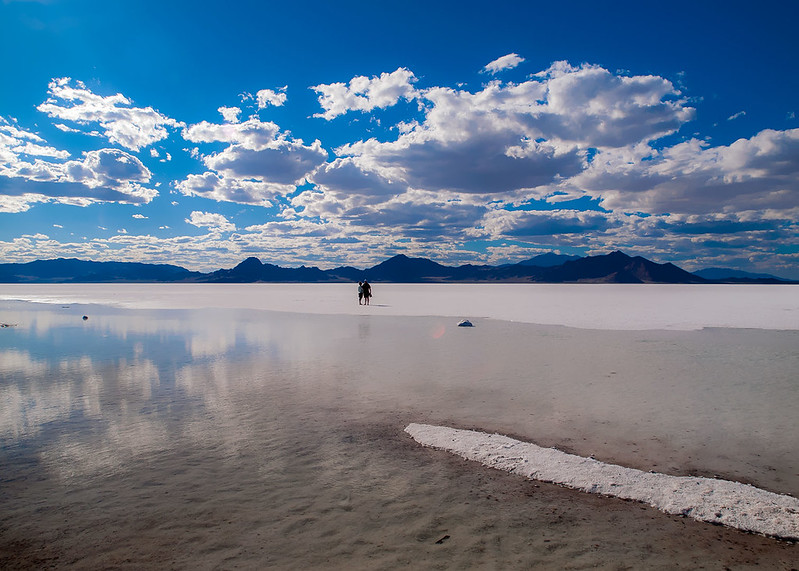 Today, a visit to the Great Salt Lake is one of the main attractions for tourists coming to Utah and Salt Lake City in particular, and it feels like everyone has heard the story of this place at least once. However, the story has a veil of mystery to it.

For centuries, this area was shrouded in secrets and legends. The first legends about an enormous lake with an outlet to the Pacific Ocean that can be found in this place drew lots of explorers here starting from the 1500s. Later, in the 1700s, there were more legends about mines full of jewels and tons of gold, though they were soon proven false.

During those times, explorers and locals heard about the lake, but not many could find it. It was believed that this area was a freshwater oasis that also opened an easy route to the West Coast. However, since the lake was too far off the known routes, most people who traveled nearby simply missed it.

Later, in 1824, Jim Bridger decided to settle the argument he had with his fellow trappers and see if the nearby Bear River flows into the lake they’ve heard about so much. Jim managed to get to the Great Salt Lake and come back to report about his discoveries, which crushed the legends.

Jim confirmed that Bear River flows into the lake, but he claimed that it was landlocked and had no output to the ocean. Besides, his travels proved that the water in the lake was not good for drinking and the route around it wasn’t easy with a muddy shoreline, extensive marshland, and long miles of salt flats that covered layers of muck with just a thin crust, though looked pretty solid.

Everything that Jim Bridger reported changed the legends of the lake once and forever. It became a place to avoid, and many people started believing that monsters lurk in this area.

There were numerous reports from people who claimed they saw monster-like creatures in the waters of the Great Salt Lake and on its shores. One of the most famous reports was in 1877 when several employees of the Barnes and Co. Salt Works Company reported seeing an enormous monster with the body of a crocodile and the head of a horse.

The Great Salt Lake: A Place Worth Visiting 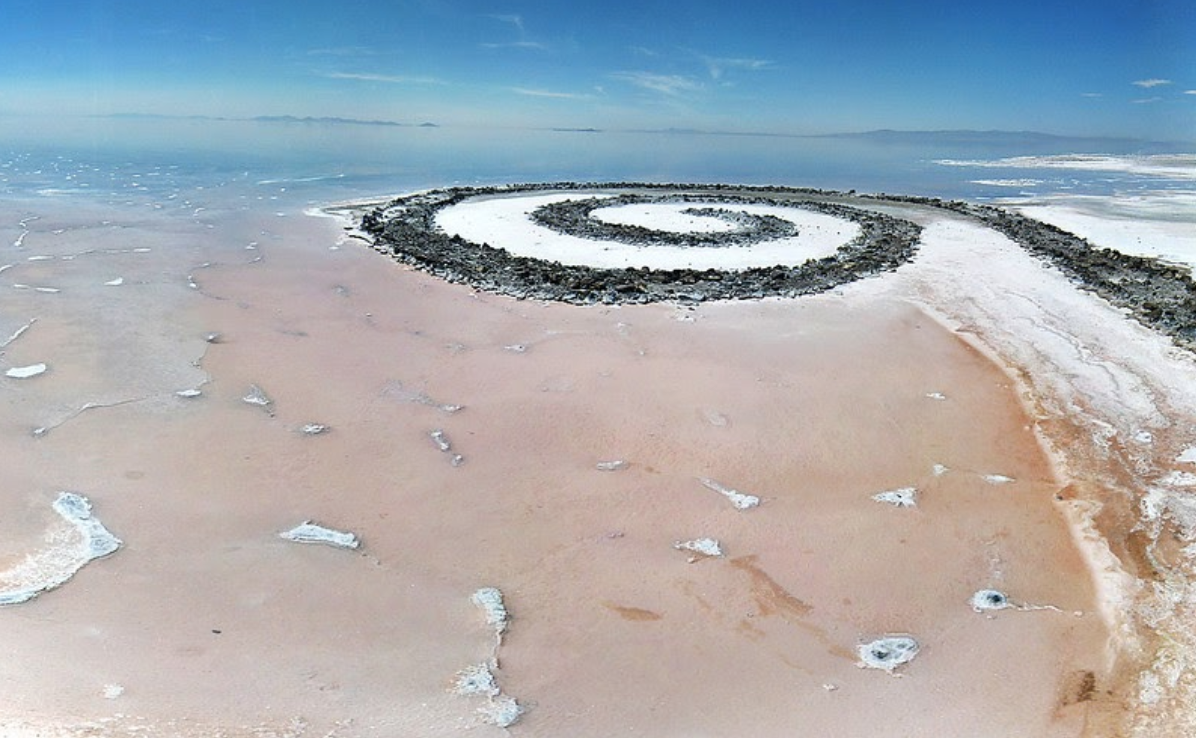 For those who want to discover Utah’s most important natural attraction, the Great Salt Lake visitors center can offer 73 picturesque trailheads.

Among other activities you can try here are camping, horseback riding, and boating. There is also a unique concert venue that rests on the site of an old resort and amusement setting Saltair that was here in the 1800s-1900s.

For wildlife lovers, there is another attraction worth visiting - the Great Salt Lake Shorelands Preserve. The preserve is a rich feeding ground for 4-6 million migratory birds, which makes it a real paradise for birdwatchers.

Finally, one more unique thing to see at the Great Salt Lake is the famous Spiral Jetty made by Robert Smithson out of basalt rocks, mud, and salt crystals. The sculpture was created back in 1970 in only six days.